As everyone is enjoying closing out this year however we best can, we’d like to share with you a few great holiday travel stories from some of our Deem teammates. We hope they help lift your spirits and make you smile.

We also think it’s safe to say we all agree with Dave (in his story, below): It’s been a year. So, when you’re done reading, raise a glass and wish 2020 a bon voyage!

I was flying Lufthansa Airlines to Paris on Christmas Eve. During dinner service, a flight attendant asked over the intercom if there was a doctor on board. After the third request, I called him over and explained that I am not a doctor, but I do have a good grasp of first aid due to my training as a scuba diving rescue diver. The flight attendant said that’s better than nothing and took me to the back of the plane, defibrillator in hand.

The individual having the issue was French – a language I happen to speak – and was not able to communicate his issue to the flight attendant. After some conversation, it turned out he was actually having a scuba diving-related emergency.

He had been scuba diving that morning. Now, a person is supposed to wait 24 hours after diving and before flying because nitrogen gas builds up in one’s tissues when diving. His heart rate was elevated and he was having difficulty breathing, which is a potential sign of a lung embolism. I was trying to listen to his breathing with the stethoscope, but it was difficult to hear anything over the noise of the plane.

I was about to ask for oxygen, but at this point, the flight attendant returned with the navigator. They explained to me we were about to fly over the Atlantic and it was the last chance to put the plane down. The safest thing for someone in his condition is to return to one atmosphere of pressure – that’s at the surface of the earth. So, I decided they should land as soon as possible.

We put down at a small airport in Labrador, Canada that did not service wide-body aircraft. The EMTs came within minutes of our landing. They collected the guy and his girlfriend and whisked them off.

Now, landing a plane and taking off again aren’t simple procedures. A jet needs to be fully fueled to transit the Atlantic. And any time a plane comes down, it needs to be inspected for safety before take-off. It looked like we were going to have to spend the night in Labrador so the airline could get someone into the airport to re-fuel and perform this inspection. But then a senior mechanic for United emerged from his nap in First Class and stated he could do the inspection! The refueling mechanism did not fit our jet but he knew how to modify it.

So, after a mere three hours on the ground, the aircraft was ready to fly again and we took off. When we got to Germany two hours late, all the connecting flights had been held or the people rescheduled onto other flights leaving soon after our arrival. Everyone made their connections and got to Christmas dinner on time.

While my parents migrated from the farmlands of South Dakota out West to Colorado in the 1960s, it didn’t stop them from heading home for the holidays each year for Thanksgiving and Christmas. Going over the river and through the woods to grandmother’s house back in the ‘60s, ‘70s, and ‘80s was mostly by car, most memorably a Pontiac Bonneville – a “boat” by today’s standards. But there was a flight or two on Braniff International to Sioux Falls.

Back then, my packing list was simple: Richie Rich comic books – the ones I’ve read over and over (and over) and was ready to trade with my cousins. My sister and I would pass the miles reading and re-reading comic books, counting cars - we each picked a color - and shouting “slug bug!” when spotting a VW, listening to the CB radio, and tirelessly asking “are we there yet?!”

Later, taking a 10-hour holiday road trip as a teenager who was so over Richie Rich comic books could have been painful for everyone, but my parents found an amazing substitute: the Walkman. Strange coincidence how my sister and I would get new cassette tapes right as we were packing the trunk! These made the miles pass quickly as we were busy memorizing the lyrics to the B-52s, The Go-Go’s, Wham!, The Cure, Duran Duran, A-ha, and every latest flavor of the day.

(Side note: My Richie Rich and other comic books are safely sealed and preserved for future trading in mylar bags with acid-free backboards. Cassette tapes … erm, they were “Marie-Kondo’d” back in the ‘90s once I started collecting CDs. These, too, have been Kondo’d.)

Entering college as a young adult, I’m sure my parents must have been as heartbroken as Wham! in “Last Christmas” as I started to branch out into Friendsgiving over time with family.

I’m all grown up now and have seen the passing of my grandparents, aunts and uncles, and my father, but still like making the trip home for the holidays. (Alexa, play “Cat’s in the Cradle” by Harry Chapin). While, at times, it can be painful spending 10 hours in the car with my mom and sister as a full-fledged and bona fide adult – even with an iPad, iPhone, and SiriusXM – I still love making that trip over the river and through the woods to see relatives.

Last Thanksgiving, I shared my heart and time with dear aunties and uncles, cousins, relatives, and family back home. The very next year, a pandemic took it away. While it’s been a year and I hardly recognize the holiday season (sorry for the constant Wham! references – I can’t help it) we’re still making it special, just in a new and different way.

While I am a little leery of the holidays in 2020, they still catch my eye. This Thanksgiving, my husband and I decided to wrap it up in something special and create a crazy, one-of-a-kind, one-off tradition just for two: a meal of crab legs, fondue, onion rings, stuffed mushrooms, and champagne. Every day I am thankful that I gave my heart to someone special so I can spend my moments with someone I can rely on and have a shoulder to cry on.

This year proved we could roam around the world without anything but love. We didn’t have far to go, just from the couch to the fridge, but every step saw a friendly gaze. Too bad I cannot redeem those steps or gazes for Frequent Flyer miles. But that’s okay because we need Delta to find something better than stroopwafel as a snack. It’s been a year.

While a passport is not required to transit through Wyoming, Nebraska, or South Dakota, I am already planning for Thanksgiving 2021 – a trip over the river and through the woods to be back home for the holidays.

P.S. Next year, I’m making my sister do the bulk of the driving and I’M picking the radio station!

I was born in Siberia, where there was enough snow to last me a lifetime. I also lived for four years at the north of Ukraine, near Chernobyl - it’s snowy there, too. This is what it looked like in March 2013:

These days, I prefer grass and a somewhat warmer climate. And the one place I just keep going back to is Paris.

I love Paris. I’ve traveled extensively around Europe, but there aren’t many places where I’m ready to spend weekends again and again. This city surprises me each time I’m there.

For instance, near the Eiffel tower is a quiet, historical cemetery called Passy, where you can hide out on hot, sunny day and rest in the shadows of the trees. Many famous families and people are buried there, including Renault and Givenchy family members, composer Claude Debussy and painter Édouard Manet.

And, if you plan your trip a few months in advance, you’ll have no problem booking tickets to go to the top of the Eiffel tower. I recommend going at night to observe the entire city – it’s a spectacular view.

During the day, I love to visit Montmartre, with its quaint cobblestone roads and street cafés, the 19th century landmark Sacré-Coeur basilica (Sacred Heart, in English,) and where poetry and love is alive in the streets – and even on the walls!

I spent the holidays in 2013-14 in Paris and found at Notre Dame Cathedral a postal box and paper with pencils, so anybody can send a letter to St. Nicolas. This discovery brought even more holiday magic to Paris for me.

I’ve visited Paris three or four times since then and still can’t take this city off of my list of places to visit.

From all of us at Deem, very happy holidays, and a safe and healthy

New Year to all. 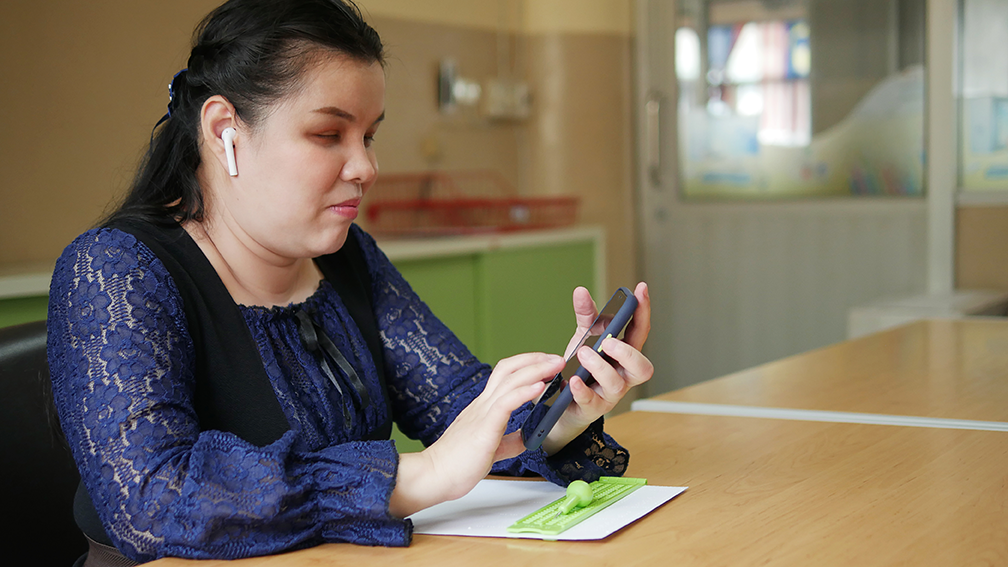 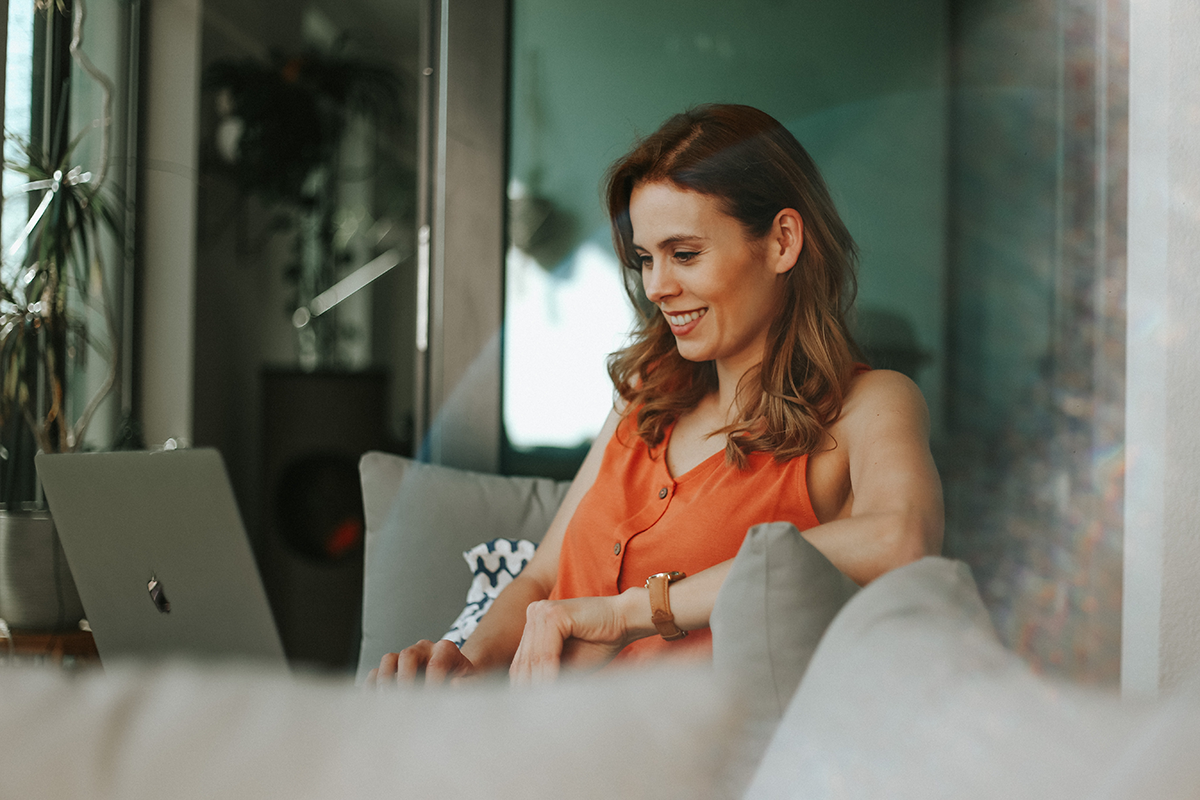 International Women’s Day 2022: Take-Aways from Our Discussion with Shelly Kramer

Getting to that next level requires transparency, discussion, advocacy, and for everyone to get on board with equality regardless of whether or not a company’s HR department makes it a goal.
Read More 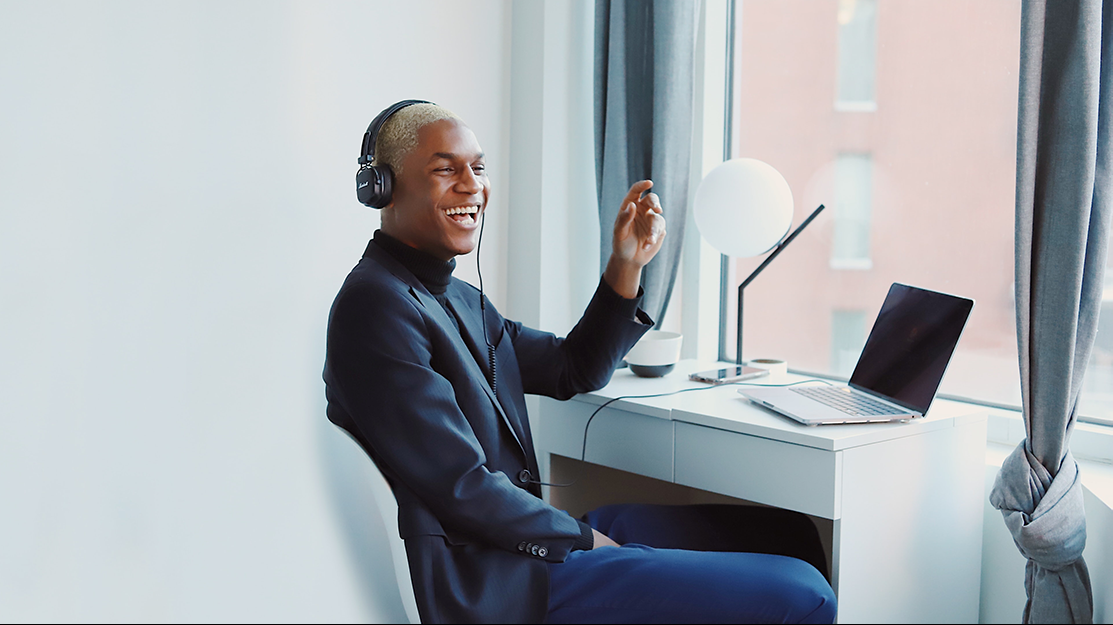