A Whole New World of Travel

Having two Jamaican parents, traveling to the island as a child always felt like an obligation and not a vacation. I don’t remember a lot from my earlier visits, but I do remember the agonizing 10+ hour flight time, the crazy humidity, being a great target for mosquitos, the low-pressure showers and, believe it or not, using a chamber pot during those early visits at my grandparents’ home. I can recognize now that when I was visiting a small parish in a country that is still considered to be developing, I experienced a large culture shock from having grown up as a first-generation American in a major city in California. Ironically, for someone who works at a travel company, I only caught the travel bug within the last decade or so.

Growing up in Southern California, there were a lot of day trips to amusement parks as well as the rare camping trip in our camper van, but we weren’t really the “vacationing” type of family. Hopping on a plane didn’t happen that frequently. If it did it was to visit family – which is great and, especially now, I really miss – but it wasn’t the relaxing, new world exploration that I yearned for.

I have a feeling the lack of wider traveling in my youth was a factor in deciding to leave California to attend Arizona State University. While Arizona isn’t that far from California, it was very different from the coastal city of Oxnard where I grew up. And, truth be told, I didn’t want to move too far away from my parents. For my inaugural Spring Break, a few girlfriends and I took a road trip to…Southern California! We spent a week being tourists visiting the Santa Monica Pier, the 3rd Street Promenade, and all of the other must-see destinations. Being in charge of our own schedule and itinerary was a new taste of independence and I loved it.

Early into my freshman year I joined the Sun Devil Marching Band and Kappa Kappa Psi, the national honorary band fraternity. This was when my travel really took off. As an active member of both groups, I had the opportunity to visit Las Vegas, Portland, Seattle, Baltimore, San Francisco, Salt Lake City, and a few other cities on what was, as Deem CEO John Rizzo would say, a “cheap and cheerful” budget. In spite of the long road trips and far too many people sharing hotel rooms, those are memories I’ll cherish for a lifetime. While we didn’t always travel far, these experiences gave me a true appreciation for the diversity of the U.S. and how every city and state has something different to offer.

Now an adult, and just a few months after starting at Deem in 2013, I had an opportunity to visit Jamaica with my mom to celebrate my grandparent’s 65th wedding anniversary. This time, I had a much greater appreciation for the people, food, culture, and family that I’d gone years without seeing in person. The simple things, like watching people and horses on the beach, pulling off to the side of the road for fresh fruit or juice in a bag, and visiting the church still standing on my family’s land, made for a memorable trip.

I consider myself lucky in that, after graduating from ASU and since working at Deem, I’ve been able to catch up on some of the travel that I felt I’d missed out on. My first “big vacation” without my family was a 6-day Mexican Riviera cruise. While I don’t think I’ll be getting on a cruise ship anytime soon, I took advantage of the excursions, explored all of the ports, and had a wonderful time with my friends.

Moving to San Francisco in 2014 took a hit on my savings goals and after starting grad school in 2015, I made a promise to myself to treat myself to another international trip after graduation. With a friend in the Air Force finishing up his service in Okinawa, another friend and I traveled to visit him in 2017. I erroneously assumed our host who’d lived there for a few years by that time would be somewhat fluent in the language – he was not – but that didn’t stop us from having a great time in Tokyo and Okinawa.

I found so much about it fascinating, from the sense of community responsibility to the hospitality of everyone we encountered, the incredible food, much of which was not local cuisine, and I could go on. My only regret is that we didn’t spend more time there. We barely scratched the surface before it was time to fly back home.

Since then, I’ve had notable trips to New Orleans, which is currently my favorite U.S. city, and had a proper vacation to Montego Bay, where my partner and I were able to explore that part of the island, sip rum punches by the pool, and enjoy spectacular sunsets over dinner each night. Having cancelled two trips in the last four months, it’s hard not to be disheartened about the state of travel right now. I think, for the time being, I’ll channel my collegiate days and be prepared to explore more of the country by car. When we’re ready to fly again, though, we already have our destination in mind: Vancouver, B.C.

As part of the People & Places Team, Candace partners with our technology team and leaders for employee programs including engagement, performance, and global mobility. She is passionate about creating and developing successful individuals and teams and holds a Master of Science degree in Organization Development from the University of San Francisco. 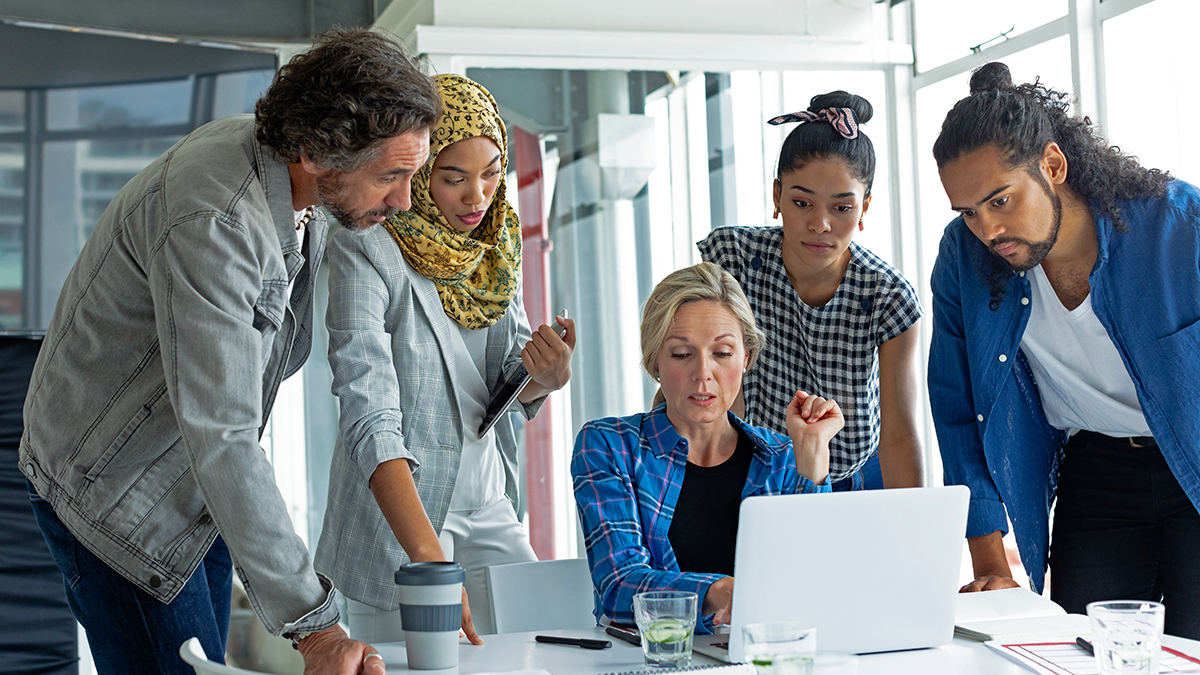 The Business Case for Diversity

The business case for diversity has been on the minds of business leaders for decades, but the heart of the matter is as true as ever: Diversity, equity, and inclusion are good for business. And we’ve got the numbers to prove it.
Read More 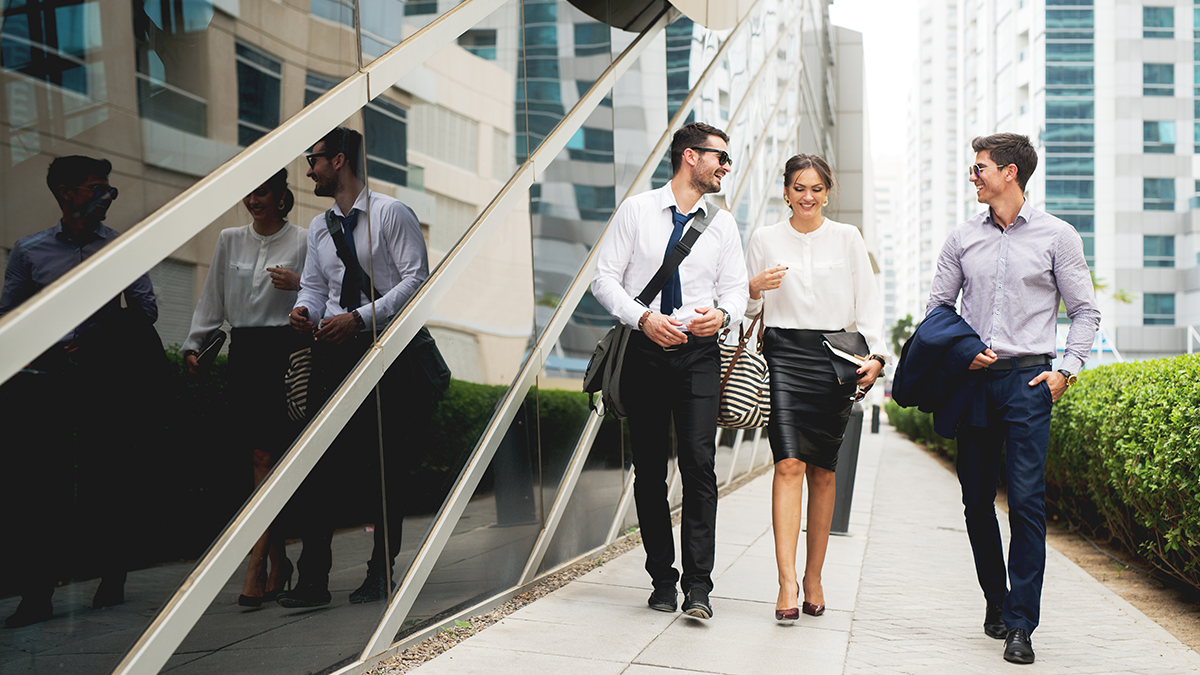 Digital Transformation in Corporate Travel: Why It Starts with People

While there is no set roadmap for digital transformation in the corporate travel industry, one thing is always consistent: Successful transformations — of any sort — are impossible without the right people.
Read More 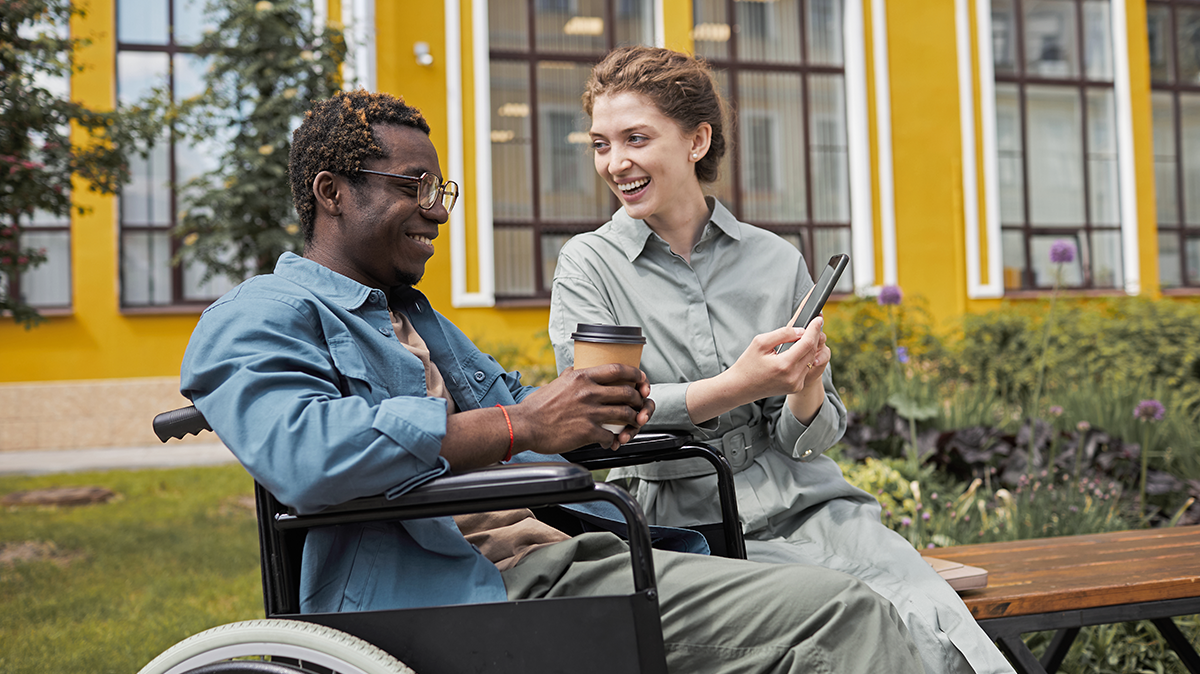 For people living with disabilities, travel can feel rather inaccessible without specific tools. But in the age of the smartphone, our toolboxes have thankfully gotten a lot more convenient to carry.
Read More