Your Guide to Traveling with the Latest Tech

Can you imagine hopping a flight without your smart phone? These days, that’s an unfathomable thought, nearly akin to leaving behind your wallet or keys (and, frankly, perhaps worse; spare keys aren’t so hard to come by.)

But we weren’t always so reliant on electronics, which makes it a fun thought experiment to imagine what trendy tech of today will feel indispensable tomorrow. Your smart luggage? Perhaps, the latest VR headsets?

Whatever the future brings, one thing is already certain: Packing up your tech requires a little bit of forethought and some attention to the latest travel regulations. So here’s your quick and easy guide to what you need to know before you get on a plane, how to pack for a breezy trip through security, and have a safe flight.

Why are there regulations on traveling with electronics?

It largely comes down to the most essential part of our favorite tech, which are the batteries that make these items run. These days, practically every rechargeable battery is a lithium-ion battery. Your smart phone, laptop, or your favorite bluetooth gadget are probably all powered by one. Lithium-ion is a rockstar of the battery world, but it brings up safety concerns for one specific reason: In certain conditions, these batteries become a fire or explosion hazard.

Remember when hoverboards were catching fire? Or when Samsung recalled all of its Galaxy Note 7 smartphones? The tricky thing about lithium-ion batteries is that a damaged unit can short-circuit, causing its highly flammable components to spark or explode. It’s a rare occurrence, but it’s happened enough times that the Federal Aviation Administration (FAA) has issued special regulations for these batteries — and, in turn, items that contain these batteries — when traveling by air, where the risk of fire can have especially serious consequences.

Sometimes, tech can also have defective batteries that offer similar safety hazards. This is true of an older MacBook Pro model sold from 2015-2017, which was discovered to have a defect that could cause the unit’s battery to overheat to dangerous levels. Apple issued a recall, and units with defective batteries have since been banned for air travel by the FAA (as it does for all products containing a recalled battery).

However, rest assured that most of your electronics (and even many of your external batteries of power banks) can be safely taken onto flights if you pack them appropriately.

And keep in mind that while the FAA has its own rules and regulations, individual airlines may choose to impose additional safety measures for some items.

Tech to leave at home

There are a few items that you won’t want to travel with at all, whether in your checked bag or carry-on. We’ve already touched on some of the most notable items on the no-fly list, including hoverboards (which aren’t technically banned by the FAA, but are by most airlines) and any devices that contain a recalled battery (such as the Samsung Galaxy Note 7 or select MacBook Pro units.)

But another key item that needs to stay home: smart luggage without an easily removable battery. If you purchased a suitcase with electronic capabilities built in, such as device charging, GPS, etc., then most airlines have special regulations.

United, for example, requires that customers remove the battery from the suitcase before boarding, so that you are transporting the battery separately from the bag, regardless of whether you are checking the bag or carrying it on. In contrast, Alaska Airlines and Southwest allow you to keep the battery attached to your bag for carry-on only, but still require that your bag has a removable battery.

Check with your airline for their specific smart bag regulation, but know that when purchasing any high-tech piece of luggage, you’re going to want to ensure the battery is removable. If you’re traveling with family, this also applies to smart strollers that have a battery for self-folding capabilities, device charging, or other purposes.

Tech to carry on

Thanks to the 3.4-ounce rule for liquids in carry-on luggage, we already know that there are different rules for what you can bring with you to your seat and what needs to be stowed away in checked luggage. Here are the electronics you should always pack into your carry-on bags:

Spare batteries, charging cases and power banks: Any spare lithium batteries for your personal electronic devices including cameras and laptops, as well as charging cases or power banks, are packed in carry-on bags only. Airlines such as Delta will also ask that you pack these items in their own cases or bags, so that different batteries don’t come into direct contact with each other and risk short-circuiting.

E-cigarettes and vapes: The FAA prohibits these items in checked baggage so bring them on board with you, even though the use or charging of these items in-flight is also prohibited.

Each airline is going to have its own set of regulations, so you’ll want to consult your airline’s baggage policy for traveling with drones.

Whether for personal or professional use, you can generally fly with drone equipment but the rules for carry-on versus checked baggage will vary. For example, Alaska Airlines allows drones to be checked, but requires their batteries be carried on. Those batteries must also be under 100 watt hours to comply with Alaska’s policy. In contrast, Delta requires that drone batteries be under 160 watt hours.

Most consumer tech you’ll want to travel with is easy to bring along; very few items are all-out banned by the FAA or airlines en masse. And most other tech can be brought on either in carry-on luggage or checked luggage, if not both. But it does vary by airline, so be sure to check your preferred airline’s baggage policy to ensure their regulations work for your upcoming trip.

Did you know the award-winning Etta corporate travel management software is available for iOS and Android devices?

The Deem editorial team brings important, informative commentary and data to travel managers and everyone interested in technology and the corporate travel industry. 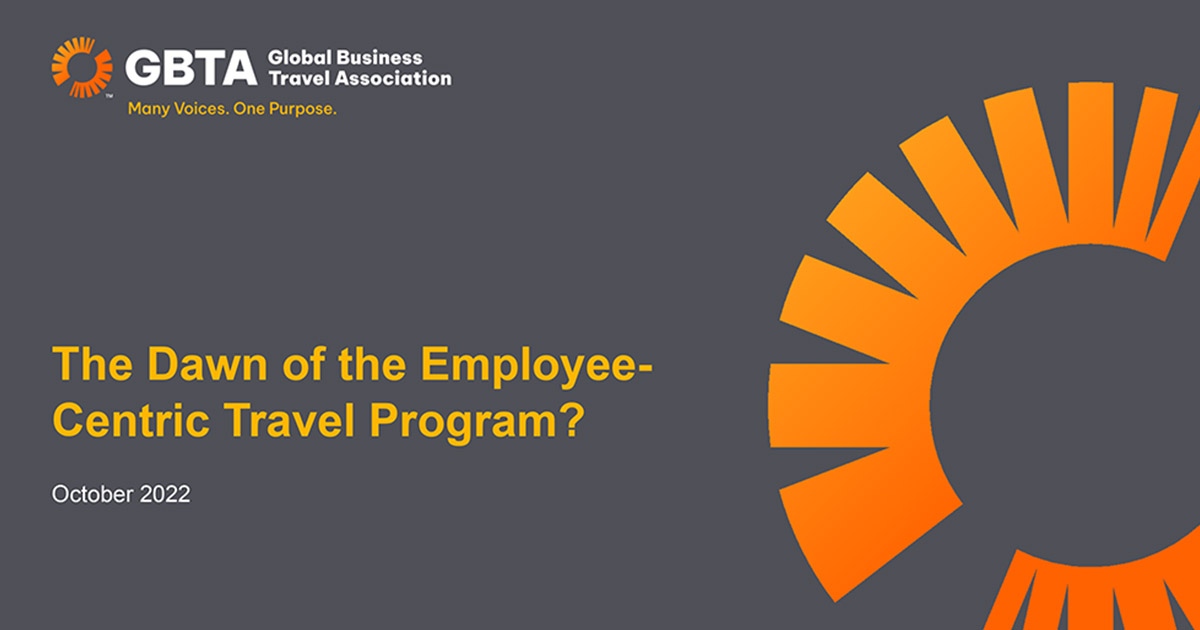 Our survey, conducted by GBTA, asked both travelers and travel managers the same questions concerning top priorities, accessibility, and a host of topics. Below you'll find our first infographic based on results.
Read More 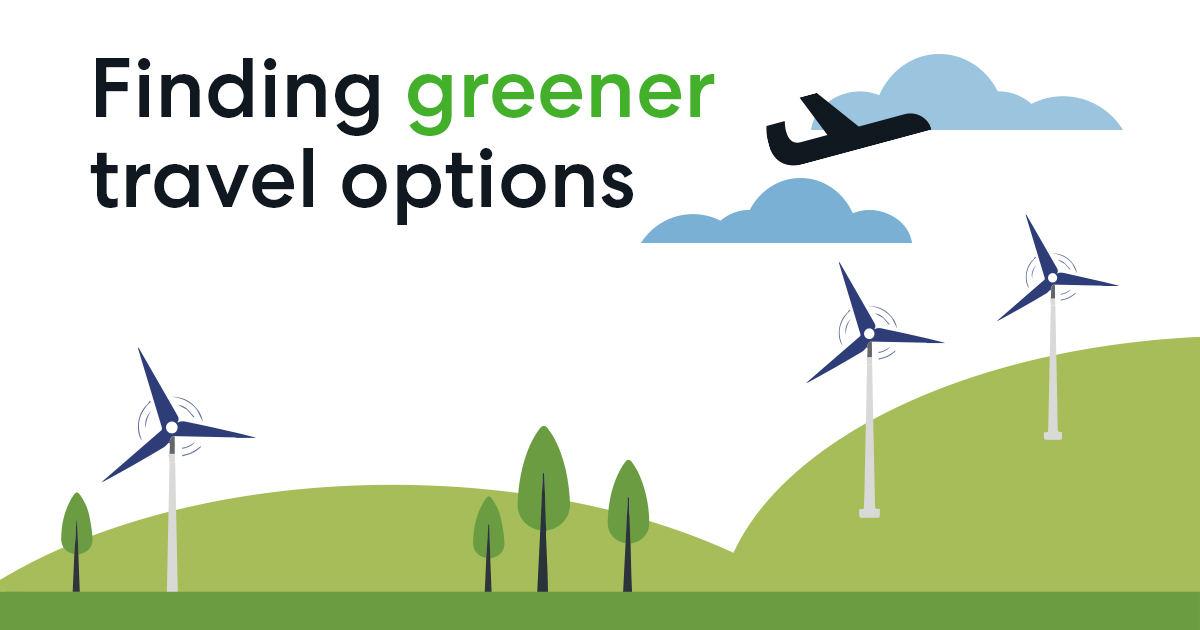 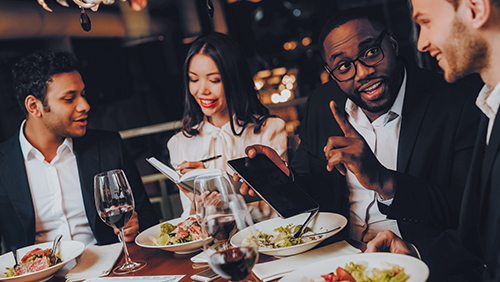 Deem designed Etta to be a travel management platform that people can rely on when out on the road. And with our partnership with Workday, Etta now offers a complete travel management solution that’s fully integrated with a powerful expense platform.
Read More